Jack Antonoff and Max Martin. You may not know their names, but you have heard their music. “I Kissed a Girl”, “…Baby One More Time,” “22,” “, Roar,” “, Green Light,” and “Shake It Off” to name only a few of the pairs’ greatest hits. You’ve had their music stuck in your head for years, remember “Dark Horse”, “Blank Space” or “Look What You Made Me Do?” You can thank Antonoff or Martin for that song being on repeat on your local radio station for 6 months. Or perhaps you remember “Some Nights,” the alt-rock hit of 2014, followed closely by “We Are Young.” The impact that Jack Antonoff and Max Martin have had on pop could never be overstated. As producers and writers, Antonoff and Martin have a combined 26 Billboard top 10s, only Paul McCartney and the late John Lennon have more. Max Martin dominated the female pop genre for the last 20 years, but ever since Taylor Swift’s fifth studio album, there has been a power shift. Jack Antonoff came out of nowhere in 2017 to write hits like “I Don’t Wanna Live Forever” and “Green Light.” Antonoff has officially made a move for the throne of pop, and it doesn’t sit well with Martin. 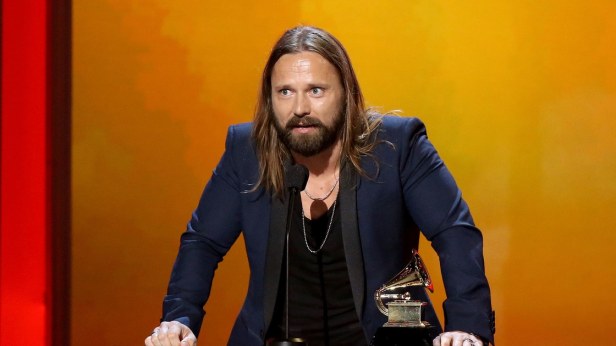 Max Martin began his work in the mid 90’s, his first work in America came from Michael Jackson himself. After doing minor reworkings with the King of Pop more offers flooded in for Martin. He started producing and writing albums for the Backstreet Boys first, then NYSNC, and eventually Britney Spears. His first Billboard number ones included “Baby One More Time” and “Oops I Did it Again”, both in his first five years as a writer. From there, the hits kept coming. Newcomers like Kelly Clarkson and Taylor Swift wanted the Swedish writer’s touch of gold to help get them off the ground, or to amp up their already promising careers. While established rock stars like Bon Jovi and Def Leopard were also tapping Martin for new songs and albums alike. A couple platinum songs with Katy Perry and 9 songwriter of the year awards later, and Martin had officially cemented himself as one of the most prolific and gifted songwriters of all time. A certified hitmaker.

Jack Antonoff’s career follows a rather different path. He started with the small and short-lived Indie pop band Steel Train. Steel Train gave Jack the reputation he needed to join Nate Ruess’s new band, Fun. Through Fun, Antonoff gained mainstream success from songs like “Some Nights” and his first number one hit, “We Are Young.” In 2014, Antonoff wrote what the Huffington Post called “, the catchiest song of 2014,” but you probably know it by its real name, “I Wanna Get Better.” “I Wanna Get Better,” was Antonoff’s first song with his new solo project Bleachers. A rock band that pays tribute to Springsteen, while landing in between Disclosure and Arcade Fire. The success of his first solo album Strange Desires, launched his career further than he ever imagined. Taylor Swift brought him on to write and produce for her Grammy winning album 1989 and essentially began phasing Max Martin out of the writing process. Her next single “I Don’t Wanna Live Forever,” released in 2017, was her first work with only Jack and would be a sort of try out to see if he could handle writing and production on his own. His work with Taylor Swift continued when they worked together on her newest album Reputation. In 2017, Antonoff released 4 studio albums, one with Taylor Swift, one with Lorde, one with St. Vincent and Bleachers album he had been working on for two years entitled Gone Now. A feat that only one other man in music could possibly accomplish (read: Donald Glover). In 2017, he proved he could write smash hits and meaningful love songs, platinum-selling albums and debut projects. Jack Antonoff has proven himself as capable a songwriter as anyone else in the industry.

The feud between these two mega-talents began immediately after the release of Lorde’s comeback single Green Light. Martin criticized the song, calling it “, incorrect songwriting,” referring to the math behind the song, much of which Jack Antonoff was responsible for creating. Martin was clearly still harboring bitterness over being marginalized in the production of Reputation, and perhaps never getting to write for Lorde from the beginning. The line between these two is rather easy to draw, and many do. In a GQ interview, Antonoff was asked about being called the next Max Martin. He responded by saying that it was just how “, people are contextualizing it, but it can’t be contextualized.” Most if not all musicians would take a comparison to Max Martin as a huge compliment, for Jack it’s just amusing.  The two have become synonymous because of the overlap in their clients: when in reality the two write very different music in very different ways. Antonoff’s style rolls off the tongue. It has more intentional, abstract melodies with synthetic beats and lots of whisper pop. Perhaps nothing characterizes his style more than the story of him dropping something on his piano and using the sound to make a song for his new Bleacher’s album.  Martin’s methods are much different. A true composer, Martin blends pop beats with catchy lyrics to create certified hits. Music is math as any producer knows, and Martin utilizes this more than most artists. Rhythm, scales, intervals, patterns, symbols, harmonies, time signatures, overtones, tone & pitch. All the notations of composers and sounds made by musicians are connected to mathematics. He has discovered the formula for number one hits and has kept it to himself. On the other hand, Antonoff would tell you his trick for music is the exact opposite of formulaic math. In the aforementioned interview with GQ, Jack said this when asked what it means to have bad math in a song.

So a lot of people have math. And that’s f***ing great, and a lot of great songs have come from that. I’m literally bad at math, quite literally. So I’ve never tried to engage in that.

These polar opposite methods prove that the two aren’t analogous allies, but rather are just writers on the same journey taking very different paths.

It’s no secret that the two had very different years in 2017. For Jack, 2017 was a year of mainstream success. In which a small-time, prolific musician was able to work with the most talented women in the field and help make some of their best work. For Max, 2017 was the year he helped write Katy Perry’s worst album yet and was marginalized in the creative process for Reputation. His one saving grace for the year was Dua Lipa’s “New Rules” which recently topped 1 billion views on youtube, proving that Martin is still the best even in his off years. The one similarity between the two in 2017 was that both artists realized the other is an opponent, a rival and maybe even a threat.

2018 will prove to be a watershed year for this unspoken rivalry. Antonoff has announced he’ll be writing and producing on Lana Del Ray’s newest album along with other potential projects in the cinema field. For Martin, 2018 will be a sort of comeback year. What each artist creates next will determine who sits at the top. Someone like Max Martin, with years of experience in the industry, doesn’t stay down for long. Especially when a young upstart is nipping at his heels, waiting for a slip-up.